Investing in the Private Sector to Feed the Most Vulnerable

Rwanda is among the world’s poorest and most densely populated countries with over sixty percent of the population living below the poverty line of $1.25 per day. Owing to a lack of available nutrients, many Rwandans suffer from chronic malnutrition rates and stunting. The cognitive deficits associated with stunting impact not only an individual child’s potential but also results in significant economic losses for the affected country.

The Africa Improved Foods Limited (AIFL) project finances the construction of a processing plant to produce fortified blended food for infants and pregnant and lactating mothers in Rwanda. If consumed on a regular basis, these maize-based fortified cereal products can help prevent chronic malnutrition. The plant, which will have a capacity of 45,000 tons, will source raw material from local farmers and provide additional income opportunities to rural communities in Rwanda. The fortified cereal will be distributed through guaranteed sales agreements with the World Food Program (WFP) and the Government of Rwanda.

This project is partly funded by IFC and the Private Sector Window of GAFSP who will provide a combined $16 million in funding, of which $11.5 million will be senior debt and $4.5 million in equity. GAFSP’s investment allows the provision of much needed long-term capital during the riskier stages of the project until AIFL begins operating on a fully commercial basis.

The project will also include an IFC advisory services component to strengthen the links between local farmers and AIFL. Technical advisory assistance will help increase the productivity of over 12,000 smallholder farmers many of whom are close to or below the poverty line thereby increasing farmer incomes and increasing commercial maize availability to AIFL. IFC advisory staff will also help in improving the professionalism of 11 farmer cooperatives so that they can function more effectively as businesses and provide better services to their members.

The project will produce fortified blended food to feed 700,000 children annually, supporting the prevention and treatment of malnutrition among the most vulnerable population in Rwanda. If consumed on a regular basis, these maize-based fortified cereal products for infants can help prevent chronic malnutrition. The project will also increase access to high-quality nutritional products among African urban and rural populations.

Improved livelihoods for over 12,000 smallholder farmers in Rwanda

GAFSP’s investment in AIFL will provide additional income opportunities for over 12,000 farmers who supply the raw material required for the fortified cereal to the plant. The processing plant will also provide employment to more than 235 full-time employees.

Professionalizing of farmer cooperatives and training will lead to higher yields

Thanks to IFC advisory services and technical assistance, this project will raise the productivity of over 12,000 smallholder farmers in Rwanda who supply maize and soy to AIFL. IFC advisory staff will improve the professionalism of 11 farmer cooperatives so that they can function more effectively as businesses and provide better services to their members.

Putting an End to Stunting in Rwanda

A healthy productive life requires adequate nutrition. Yet around the world, millions of people are undernourished and hungry. 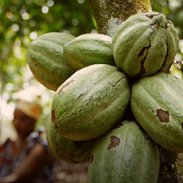 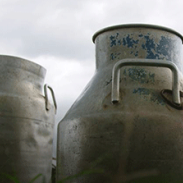 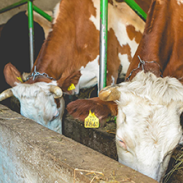