Putting an end to stunting in Rwanda

Poor nutrition not only stunts the growth of children in developing countries, but also inhibits the economies in which they live, perpetuating cycles of poverty and hunger, leading to poor health, lower levels of education and lost productivity and wages.

For the private sector window of GAFSP, eradicating chronic malnutrition and its negative impact on human capital development is a top priority. Rwanda—where 44 percent of children suffer from stunting and where the effects of hunger costs the country $820 million annually—provides a real opportunity to transform lives.

Working alongside our global partners, GAFSP recently implemented two linked projects in Rwanda that will feed an estimated one million malnourished children and pregnant and breast-feeding women in the land-locked country every year.

In the first project, GAFSP and IFC teamed up with a local bank, KCB Rwanda, to provide lending to farmer cooperatives to help 12,000 farmers across Rwanda boost production of maize and soy beans. 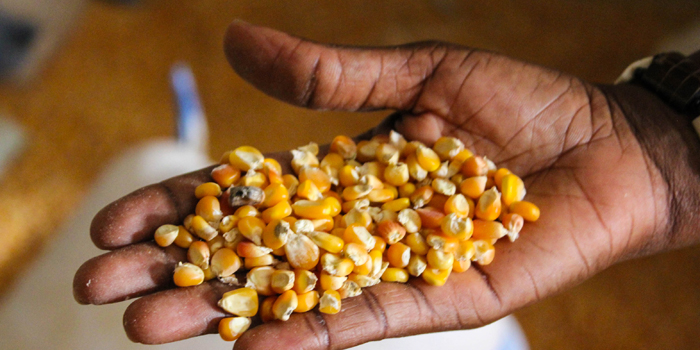 The second project, the Africa Improved Foods Limited (AIFL), will use the maize and soy bean crops grown by these farmers in a specially built food processing plant in Kigali to create a fortified blended cereal for vulnerable young children and their mothers. The maize and soy beans will be sold to the AIFL processing plant through offtake agreements with the World Food Program (WFP) and the Government of Rwanda.

“This is by far the most impactful investment project that I have ever worked on,” said investment officer, Anup Jagwani, who led the project for IFC. “To improve nourishment for one million vulnerable people in Rwanda as a result of AIFL is an extraordinary goal. This GAFSP investment has real heart and real impact.”

In time, Anup Jagwani said, GAFSP plans to replicate this project in Ethiopia to address food security issues in that country.

Once built, the processing plant, which will provide up to 300 local jobs in Kigali, will be the most high tech facility in the country. Farmers supplying this plant will gain access to higher-quality inputs and better farm management practices to help produce better quality grains. This will enhance the overall food supply chain in Rwanda. The means to a more stable income for these farmers through KCB Rwanda will dramatically improve their lives—and those of their families.

GAFSP is not only helping malnourished children in one of the world’s poorest countries—by giving them access to fortified nutrients that will allow them to reach their full potential—but is also improving the lives of smallholder farmers and their families too.