Bhutan’s mountainous and rugged green hills, at first glance, seem lush, shrouded in clouds giving way to emerald green fields below. But water is a scarce commodity in the surrounding villages. And despite a rich cuisine packed with spices from cardamom to ginger and chilies, these spices and other crops like rice, maize, potato, vegetables, quinoa, are hard to grow in the stark mountainous terrain and peaks of Bhutan’s Samtse Dzongkhag.

Twenty-eight-year-old Om Nath Adhikari is a farmer in Somlachen Village under Dophuchen Gewog (block), where in the past, growing vegetables was often out of the question. Then the Government of Bhutan established an irrigation channel two years ago, and Adhikari remembers how his life changed.

“Life was a struggle before the irrigation channel came in the village,” Adhikari recollects, “Desperate for water, we salvaged small pipes from villagers and joined them together on precarious cliffs to harvest some water from the hillside, but the water was barely enough to drink, with the pipes running dry during winter. The irrigation channel arrived as a blessing. Water is available abundantly now, and I grow potatoes, cabbages, cauliflowers, broccoli, and chilies. Even during winter, I earn at least BTN 10,000 (US$150) per three to four-month season, which is a good amount for us to make a living.”

As a small landlocked country high up in the Himalayan mountain range, Bhutan has a diverse ecosystem but only 8% of land is suitable for farming, with around 3% of land cultivated. An estimated 70% of the rural population farm for a living, in isolated areas where the nearest road may even be days away. The Global Agriculture and Food Security Program (GAFSP) supported the Food Security and Agriculture Productivity Project (FSAPP) project, implemented by Bhutan’s Department of Agriculture with support from the World Bank.

In southwest Bhutan, 6,500 people have been assisted in increasing the quality and quantity of produce like rice, maize, potato, vegetables, quinoa, citrus, apples, and potatoes, as well as high-value spices such as large cardamom and ginger. Some commodities like chili that are traditional to Bhutanese diets but have not been farmed before were cultivated successfully for the first time through the project interventions. 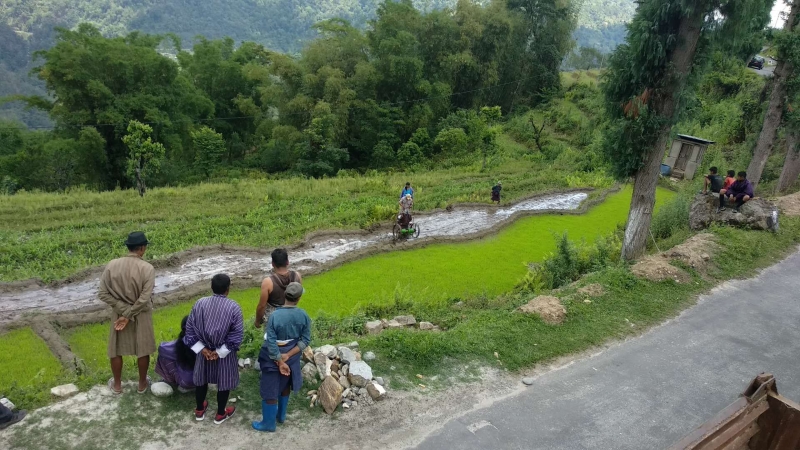 These interventions include developing irrigation schemes, including on-farm sprinklers and drip systems. Four major irrigation schemes were constructed, reaching close to 2,000 acres with flood irrigation. Communities installed gravity-based irrigation networks to ensure water supplies without much energy needed to pump water. Through subsidies, micro and drip irrigation kits and sprinklers were supplied to improve seasonal kitchen gardening, and water harvesting and storage structures were constructed in the southwestern districts.

World Bank senior economist, Felipe Dizon, said: “What’s really unique and exciting about this project is that, even in the middle of the [COVID-19] pandemic, we’ve created strong partnerships with farmers, the United Nations Food and Agriculture Organization (FAO) and development partners, and with the government, to cultivate consensus and move the work forward. The irrigation infrastructure and greenhouses that we have jointly established are massive, game-changing long-term investments that farmers are really excited about, because farming in Bhutan is often too difficult, unless you are able to irrigate efficiently and protect vegetable production.”

The project also supported the introduction of black pepper seedlings and supply of mandarin seedlings with canopy management support of citrus mandarin orchards among other training in other climate-smart agricultural techniques such as mulching. Extension officers provided households with nutrition trainings for improved dietary diversity, linking 18 boarding schools with 23 farmers groups for supply of fresh local vegetables and dairy products.

Damber Singh, Ministry of Agriculture extension supervisor for Dungna Gewog, said: “A prominent benefit has been linking farmers with schools to supply their produce directly, by forming marketing groups in the community, training and supporting group members with vegetable seeds and seedlings. Individuals have had the chance to eat diverse food and improve their nutritional awareness, and the academic performance of students has improved significantly, as they take diverse vegetables in their diets. Some youths have taken up farming, preventing their migration from rural and urban areas.” 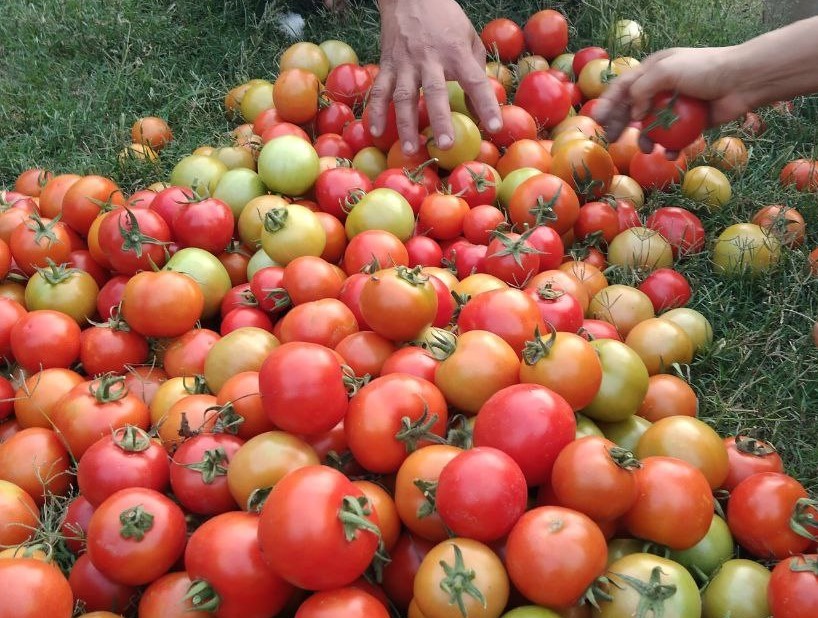 Thirty-eight-year-old Jigme Lhamo is a farmer and member of a group supplying vegetables to nearby schools in her village in Dagana Dzongkhag. With men and youth leaving rural areas in search of work in cities, women are becoming more involved in farming activities. The project has supplied her and her group with various climate-smart technologies such as mulching sheets, drip irrigation, and greenhouses. She also received a mini-tiller on a cost-sharing basis, whereby she paid half of the total cost of the machine.

“The FSAPP has made it easy for us to earn income from our surplus vegetables as the vegetable group that I am a part of is already linked to the schools,” Lhamo says. “Two of my children study in one of those schools and interestingly, vegetables that they cook in the school are usually taken from my field,” she muses, adding: “I earn anywhere between BTN 10,000 to 20,000 (US$150-300) per month due to the increase in my productivity. I also feel satisfied that my children are enjoying healthy, nutritious, fresh and local vegetables, because I know that I don’t use any chemicals or harmful pesticides on my fields.”