The agricultural sector in Côte d’Ivoire accounts for around 20% of GDP and nearly 70% of the workforce, most of whom are small farmers. While the country is one of the leading agribusiness producers in the West Africa region, Côte d’Ivoire is emerging from a fragile post conflict state, with political stability reached in 2011 following legislative elections.

In 2008, a World Development Report on Côte d’Ivoire concluded that agricultural growth is the key to achieving overall growth, reducing poverty and increasing food security for the rural poor. A new joint implementation plan by the World Bank and IFC identified cocoa as a key strategic sector owing to its economic importance to Côte d’Ivoire and the rest of the globe. As the world’s top cocoa producer, Côte d’Ivoire provides more than 40% of global production.  Currently the country has approximately 900,000 smallholder cocoa farmers and nearly four million Ivoirians depend on cocoa for their income. However, during the 2014/2015 cocoas season, Côte d’Ivoire’s total cocoa yield was estimated at 1.7 metric tons  – well below optimum yields and below those of other cocoa producing countries in Africa These low yields were contributed to aging trees, and a lack of use of agricultural inputs.

To support the cocoa sector in Côte d’Ivoire, IFC and GAFSP invested in a US$9 million risk sharing agreement alongside Barry Callebaut, a leading manufacturer of high-quality chocolate, to help up to 100,000 smallholder cocoa farmers access the credit needed to grow their production and earnings. The risk sharing facility is also supported by the Netherlands Sustainable Trade Initiative (IDH), a Dutch development organization. Under the agreement, IFC and Barry Callebaut will equally share the risk in the US$9 million local currency-equivalent credit facility, which will help farmers purchase fertilizers and lease large equipment such as tractors. As farmers increase production and formalize their operations, they will establish the track records required to borrow directly from local financial institutions. The farmers are supplying cocoa to two subsidiaries of Barry Callebaut: the Societé Africaine de Cacao and Biopartenaire, both operating in Côte d’Ivoire.

Through this project, up to 100,000 small-holder farmers will receive access to credit by the 2020/21 season, and an expected US$24 million in benefits will be generated to smallholders as a result. By year two, participating farmers are expected to see an income increase of 23 percent. Through scaled up access to inputs and services, Barry Callebaut expects to source 500,000 tons of cocoa from Côte d’Ivoire. 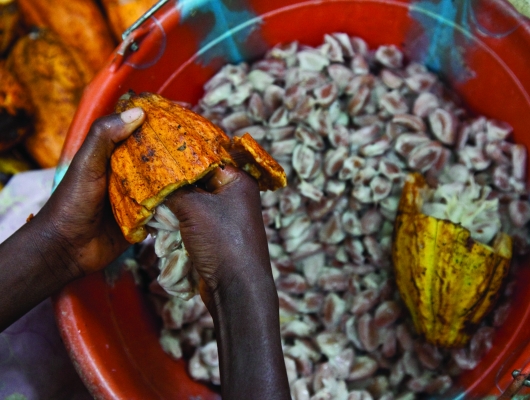 Supporting cocoa farmers in the wake of the Ebola crisis 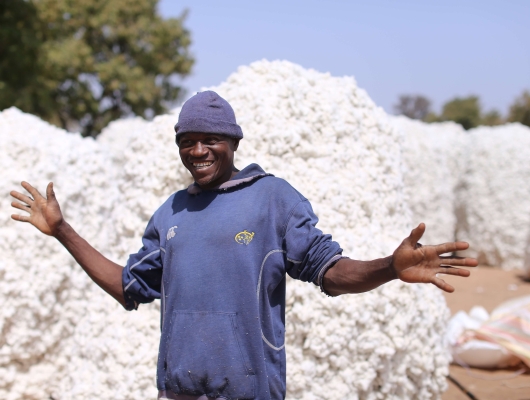 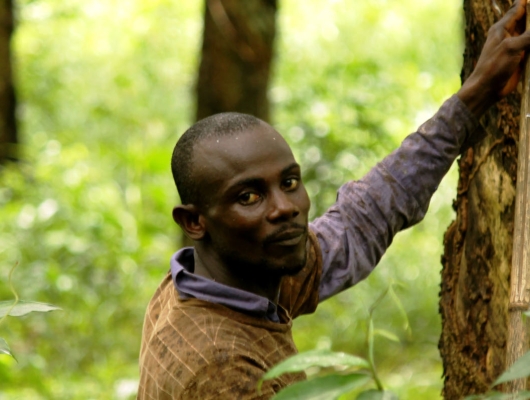 Supporting rubber farmers in the wake of the Ebola crisis

The Global Agriculture & Food Security Program (GAFSP) is dedicated to fighting hunger, malnutrition, and poverty in low-income countries by supporting resilient and sustainable agricultural systems that benefit and empower poor and vulnerable smallholder farmers. Since its inception in 2010, GAFSP has received contributions totaling $1.7 billion from Australia, the Bill & Melinda Gates Foundation, Canada, Germany, Ireland, Japan, the Netherlands, Norway, South Korea, Spain, the United Kingdom, and the United States, with funds going to countries that have strategic, innovative, and credible plans already in place to improve agricultural productivity and food security.