The Global Agriculture and Food Security Program (GAFSP) is a multilateral financing platform dedicated to improving food and nutrition security worldwide. Launched by the G20 in the wake of the global response to the 2007–08 food price crisis, GAFSP works to build resilient and sustainable agriculture and food systems in the world’s poorest countries.

Since 2010, GAFSP has pooled over $2 billion in donor funds and provided financial and technical resources – grants, technical assistance, concessional loans, blended finance, and advisory services – to demand-driven projects along the food chain, from ‘farm to table’. Governments, farmers’ and producer organizations, and the private sector are in the lead: designing and implementing these projects in partnership with a development agency of their choice.

GAFSP aims to improve food and nutrition security and build food system resilience in the medium- to long-term by providing much-needed financing to countries, agribusinesses, and farmers.

GAFSP is collectively governed by donors, recipient countries, civil society organizations, and multilateral agencies that contribute their expertise and participate in all decision-making.

Civil society organizations play a critical and unique role at GAFSP: they ensure that smallholder farmers’ voices, priorities, and interests are reflected at the decision-making table.

Following commitments by G8 leaders (now the G7) and reaffirmed by the G20, GAFSP was launched in April 2010 as a key element of the Obama Administration’s initiative to enhance food security in poor countries. GAFSP was created in response to a call by G20 leaders in Pittsburgh in September 2009 for the World Bank Group to work with interested donors to set up a multi-donor trust fund to help implement some of the $22 billion in pledges made by the G8 at their meeting in L’Aquila in July 2009. The inaugural donors—Bill & Melinda Gates Foundation, Canada, the Republic of Korea, Spain, and the United States—were later joined by Australia, Germany, Ireland, Japan, the Netherlands, Norway, and the United Kingdom. 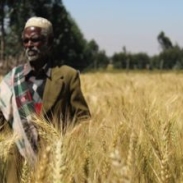 Around the world, food insecurity is on the rise. At the same time, communi... 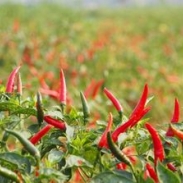 On a shiny afternoon in Rucumbo village in Rwanda, smallholder farmers orga... 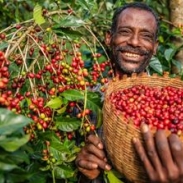 We are pleased to announce that Germany has provided EUR 148 million as a n...
Tweets by GAFSPfund
View all news & media