Photos courtesy of the World Bank

Despite strong economic growth and falling poverty levels, Rwanda faces significant challenges in meeting food demands and food security. Malnutrition remains a concern, with overall stunting rates at 33%. Even with impressive growth and poverty reduction, about one in five rural households live in extreme poverty. At the same time, climate change poses a significant threat to farmers, who often struggle to boost their production and tap important local and foreign market opportunities. Referred to as the land of a thousand hills, due to the Virunga mountains and its hilly landscape, 63% of Rwanda’s irrigation potential is on hillsides. Cultivation and productivity on such steep slopes are a necessity, not a choice.

Farmer and father, Jean-Paul Kubwimana, defied these challenges, increasing his income by 15 times. Driving past a greenhouse full of healthy tomatoes, he decided to investigate how greenhouse tomatoes could benefit his family.

He discovered that the greenhouse and tomato crop belonged to a local Self-Help Group, which had obtained a matching grant – a grant paid on the condition that a certain amount of funding is also contributed by the farmer –through the GAFSP-funded Sustainable Agricultural Intensification and Food Security Project (SAIP). The project aims to support farmers to acquire greenhouses through matching grants, to boost the availability of nutritious foods and expand markets for locally produced food. He decided to apply for a grant, and today, he has a greenhouse full of ripe tomatoes ready for the market. 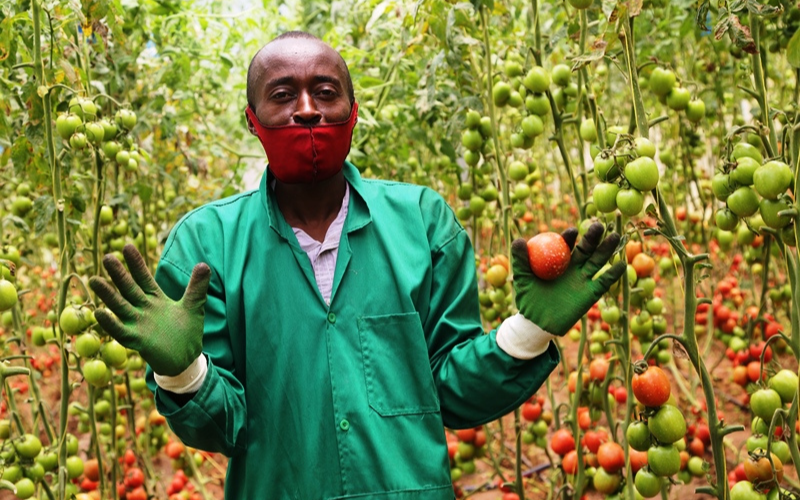 “I used to get a small income while growing tomatoes under the open field system because the yield was low and poor,” said the father of two. Greenhouses help farmers control weather conditions, to mitigate drought, hot temperature, intense winds, heavy rainfall, or hailstorms. They can also better manage pests and diseases on crops and irrigate crops. In addition to the grant, Kubwimana received training in how to maintain the greenhouse by controlling air temperature, humidity, light level, and ventilation that plants need for optimum output. Compared to open-field production, where he hardly earned above US$10 a week, the greenhouse technology enabled him to earn up to US$150 a week.

Shifting to quality and quantity

By providing greenhouses, technology, and knowledge to improve agriculture and irrigation, the SAIP project, implemented under Rwanda Agriculture and Animal Resources Development Board (RAB), is increasing the availability and consumption of nutritional foods while diversifying farmers’ income. It builds upon the results of a previous GAFSP-funded project another GAFSP-project, which laid the foundations by installing large-scale infrastructure, including water harvesting dams.

“A lot of money had already been invested in large infrastructure through previous projects,” explained former Team Leader Winston Dawes. “The SAIP project takes this one step further – focusing on how to use this water efficiently, by irrigating the crop with the exact amount of water it needs, which would increase the efficiency by up to 15 percent, and eventually expand area under irrigation.” The team leader added that the project supported the development of small-scale irrigation subprojects of 10 hectares or less in new areas.

“I didn’t believe it until I saw it, but it’s very impressive: water channels are gravity-fed due to the elevation, so there is no need for electricity or pumps,” Dawes noted. Farmers were supported to invest in improved irrigation technology that tapped this irrigation potential but controlled efficiency by using drip irrigation technology, rain hoses, or sprinklers for example, rather than simply flooding fields, or using less water economic hose reels.

Despite increased yields across the 16 cooperatives supported by the project – for example from more than 13 ton per hectare of Irish potatoes to more than 14; or from 1.2 to 1.8 tons per hectare of French beans between 2018 and 2020 – farmers have been hit by the impact of the COVID-19 pandemic. Since hotels, restaurants, and schools consume most horticultural produce, demand and prices dropped significantly during the health crisis, leaving a surplus of wasted, unsold produce with farmers. The drop in exported horticultural produce led to more than US$1 million in lost revenues, with reduced sales lowering farmer incomes and their capacity to maintain production. 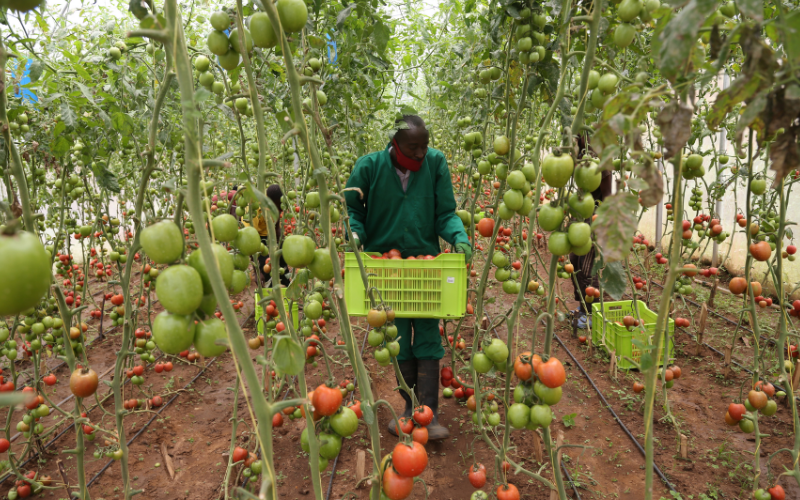 Yet farmers like Jean-Paul across 782 Self Help Groups have been supported to supply more, better quality produce, from beans to passion fruits and chilies to ginger to domestic, regional, and international markets. An additional U$6 million in supplementary GAFSP Covid-19 response funding has also been approved, to help farmers build resilience to future shocks and recover from negative food prices in the long-run.